I don’t eat soy.  It’s a legume and my body does not react well to legumes, so I have decided to avoid soy as much as I can.  But soy sauce adds a little certain something to most dishes and I miss it when it’s not there.  It’s a way to add salt and “umami” flavor to soup and stew.  Mix it with ginger and garlic and honey and you have a dipping sauce that will change a bland piece of chicken to a delicious meal!  But, I really want to avoid soy sauce, so I went looking for a substitute.

I happened to be wandering down a YouTube “rabbit trail” of cooking shows and found a channel, called Townsends, that shares 18th Century recipes.  One of the recipes that they shared was for Mushroom Ketchup.  It apparently was frequently used back in the 18th century as a regular sauce or condiment for meat.  I was intrigued with the idea of using this as a substitute for soy sauce.  Mushrooms are full of glutamates, which are the flavoring agents that add that meatiness and richness that soy sauce contributes to food.  They are full of minerals (potassium, copper, selenium, phosphorus, and a bit of iron, zinc, manganese and magnesium according to the internet) and contain fiber and protein.  I like mushrooms, they add some of the same flavor enhancers that soy sauce does, and the recipe contains salt like the soy sauce, so I thought it might make a good substitution.

I adapted the Townsends recipe quite a bit.  I didn’t cook it over an open fire in the woods, and I used modern tools and ingredients.  I also didn’t have the spices they used so added the ones in my cupboard, that I like.  I also cut the recipe in half since I wasn’t sure I’d like it and didn’t want to waste ingredients.  In the future, I have decided to keep making the recipe as written below because it makes an amount that I can use up in a reasonable amount of time.  I will definitely make it again because it is delicious and is a fantastic substitute for soy sauce. 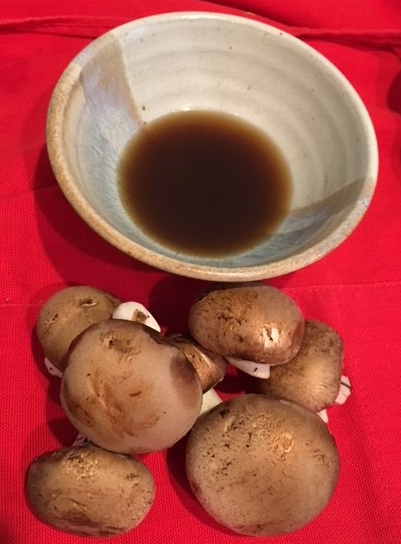 Here is the recipe I used:

Zest of one lemon

Wipe the mushrooms clean with a damp paper towel and dice them into 1/4 inch pieces.  Place them into a glass bowl and sprinkle with the salt.  Add the bay leaf and stir thoroughly, continuing to break up the mushrooms.  Cover with plastic wrap and leave on the counter overnight or for about 12 hours.  Pour the mushroom mixture into a large saucepan and add the onions, lemon zest, spices and vinegar.  Bring to a boil, reduce the heat and simmer for 15 minutes.  Allow to cool and pour through a fine strainer lined with cheesecloth placed over a large bowl.  Squeeze all the liquid out of the solids into the bowl and pour into a bottle (I used a clean coffee creamer bottle). This is your mushroom ketchup!  Mine has kept in the refrigerator for three months so far with no change in quality.

Save the solids!  Do not throw these away because they still contain a great deal of flavor.  Spread the solids out onto a parchment lined baking tray and place in a 175-200 degree oven for 3-4 hours until completely dried out.  (I mean completely–no moisture at all!)  Pour these dried bits of deliciousness into your nearest spice grinder and grind to a fine powder.  Sprinkle this on anything, especially steak, chicken, fish, pork or vegetables.  It will change your life. 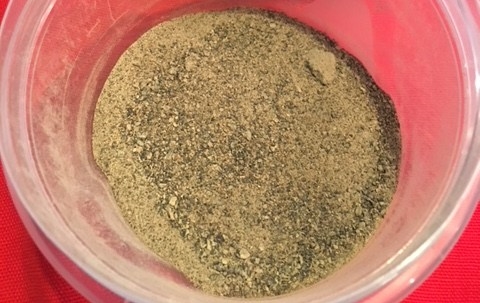 I have used mushroom ketchup as a replacement for soy sauce in dipping sauces, marinades and braising liquids and it has worked beautifully.  It adds all the salty umami flavor I could want without the soy that my body does not like.